Terceira, the “purple island”, got its nickname because of the beautiful sunset that can be enjoyed every evening. A special kind of bullfighting is practiced on this island. Hydrangeas and azaleas grow everywhere. Small, brightly colored wayside crosses line the roadside and are used during the Pentecost festival, which is celebrated on all the Azores islands. A gem is the island’s main town, Angra do Heroismo, which has been declared a World Heritage Site by UNESCO. Pretty white houses, narrow cobblestone streets, the cathedral, city park, churches and the former palace of the government are just a few of the many attractions. The Caldeira de Guilherme Moniz is the largest volcano in the Azores.

Santa Maria was the first island discovered. There are wineries, green fields, palm trees and windmills. The sandy beaches of São Lourenco and Praia are excellent. The beaches on Santa Maria are considered to be the best in the Azores. The island is ideal for water skiing. Vila do Porto, the largest city, offers a few sights, most notably the 15th-century parish church. A former monastery from the 16th century now serves as the town hall.

The name means “beech” although almost exclusively arbutus trees grow on the island. The fields are surrounded by blue hydrangea hedges. There are numerous sheltered bays along the coast, pines and exotic trees from Japan and other countries grow here. Horta, the main port city, is a meeting point for sailors and cruise ships from all over the world. A visit is particularly worthwhile during the Semana do Mar. The “Week of the Sea” offers various sporting events, stands with arts and crafts, musical performances and all kinds of delicacies. From the huge crater Caldeira you have a breathtaking view.

São Miguel is the largest and one of the most beautiful of the Azores islands. The Sete Cidades crater is arguably one of the Azores’ most amazing natural wonders – the 40 sq km crater has two lakes: one is deep blue, the other emerald green. In Furnas you can bathe in volcanic streams and therapeutic sulfur springs. Embroidery and pineapple products are made here. The capital, Ponta Delgada, has a busy port and is otherwise very lively. The castle (16th century) used to serve as a defense against corsairs. The numerous churches are worth seeing, especially the Igreja de São José and the magnificent Igreja Maartiz de São Sebastiã o. Also worth visiting is the Conceicão Palace, built in the 17th century. Ribeira Grande is a pretty town with a beautiful beach and several interesting buildings, including a Renaissance town hall. Many towns have small churches worth seeing, the Capela de Santa Bárbara in the fishing village of Povoção is the oldest church on the island.

Probably the prettiest island in the Azores got its name from the unique floral splendor and numerous hydrangea hedges. The landscape is often rugged, but flowers grow even in the deepest gorges. The numerous waterfalls have every imaginable shade of blue and green. The island is ideal for all water sports. In the largest city, Santa Cruz, there is a small folklore museum. The baroque church is also worth seeing. A tour of the nearby grottoes, particularly the Exareus Grotto, is interesting.

São Jorge is surrounded by smooth black rocky cliffs, the steep slopes to the sea are covered with lush vegetation. The Pico de Esperança is a good vantage point that offers a wonderful view of this green island. Cedar forests surround the island’s capital, Velas. Numerous old buildings, including a church from the 17th century, can be visited. There are some picturesque villages. São Jorge is known for its dairy products, fruit and wine are also grown.

The Furna de Enxofre is a geological curiosity worth seeing: in a grotto below a crater at a depth of 80 m there is a small, warm sulfur lake, which can be reached via a spiral staircase. Also worth seeing are the black underground Caldeira Lake and the hot springs in the bathhouse in the village of Carapacho. The typical windmills of the Azores stand in the fields. The tiny capital, Santa Cruz, still has 18th-century buildings. The island has a friendly atmosphere that makes holidaymakers’ stay even more enjoyable.

The island’s mountain of the same name is Portugal’s highest point at 2351 m. The snow-capped peak changes color depending on the time of day, and in the evening it reflects the color of the sunset. The famous Verdelho is produced on the vineyards of this largely rugged and rocky island. The whaling museum in Lajes do Pico is also interesting. Day trips from Faial are also possible, there is a connection from Horta to Madalena.

On the smallest island there is only one village with a few hundred inhabitants who are all related to each other. The front doors are never locked, there is no court or prison.

September is considered the most favorable month for vacation. Judge for yourself: Reduced ticket prices. “Indian summer” is coming. The water is […]

Preparation in Germany With the planning for my semester abroad I started about six months before the start of the semester. My […] 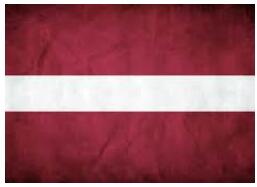 According to A2zgov, entry into the country of Latvia by citizens of Ukraine on biomeric passports is allowed without opening a visa, […]