Moving from other stations to other parts of the city

Bangkok can be reached from other parts of Thailand and the surrounding area by bus and from some parts of Thailand by rail. From the stations it is relatively easy to get to the rest of the city, but from some stations it is most convenient to get elsewhere by taxi. The easiest public transport to the rest of the city is from the Eastern Bus Terminal (station: Ekkamai) and the main train station. 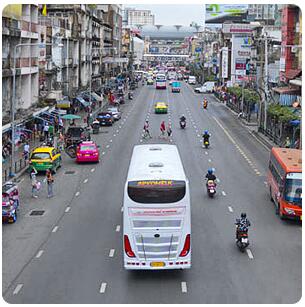 Khao San Road is one of Bangkok’s most famous streets and a kind of western tourist trunk, which, however, as a whole is pleasant and has everything from accommodation to nightlife and attractions. One of the good things about the area is that it is easy to get there from airports as well as from anywhere by bus.

Many minibuses and some large buses arrive at “Khao San Road” all the way from Phnom Penh, and basically there are buses to Khao San Road from anywhere in Thailand. However, the address is never the street itself but buses and minibuses arrive somewhere near it. One popular place for buses to arrive is in front of the Buddhist temple area at Soi Rambuttr .

Arriving in the area in the evening should be avoided, as if the hotel is on Khao San Road or Soi Rambuttr, it will be so blocked after six to seven that it is painful to move to the hotel with your suitcase.

There are a huge number of travel agencies around Khao San Road that sell bus tickets almost anywhere. Short trips are usually made by minibus and longer ones by big buses, and if the accommodation is near Khao San Road, this is a convenient way to move elsewhere, as the walk to travel agencies is, in the worst case, only a few hundred meters. If you want to go this way, you should buy a ticket at least a day before the trip starts. You should always keep your passport with you when you buy a ticket, or at least a copy of your passport.

Mo Chit Bus Terminal [Northern Bus Terminal] is a place where buses arrive, especially from the north but also from other places like Pattaya. It is in an awkward location, but from there you can take a bus to the BTS train station, also called Mo Chit, which is also next to the metro station. Although the station seems to be nearby on the map, it is more than five minutes away by bus or car, and this trip is not worth trying to walk. If you want to go from the station to the BTS station by a few baht, you should ask the station for the best bus connection.

However, the easiest way from the bus station is to move elsewhere by taxi, and as always the fixed price is not worth accepting but with the meter the trip becomes cheaper. 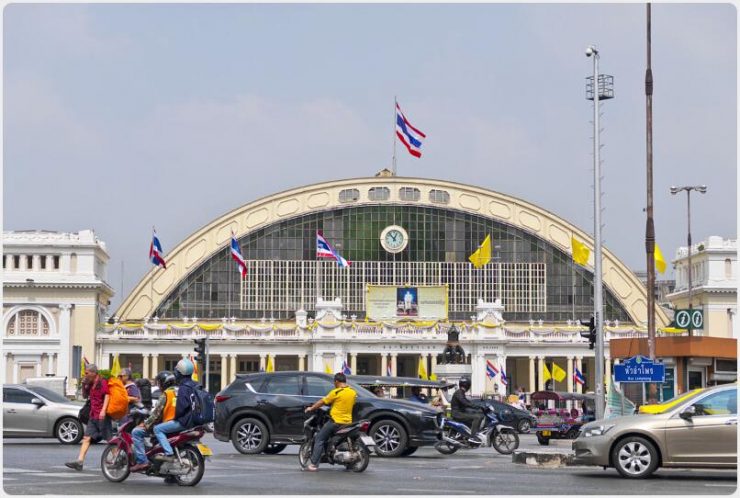 Ekkamai, i.e. the Eastern Bus Terminal, is in an easy location for those who can take a BTS train either to their destination or to a metro station. The BTS station of the same name is right next door, and this connection is especially easy for those moving to Sukhumvit. For those other than those for whom the BTS train is easily accessible, a taxi is the best ride elsewhere in the city.

If you are traveling to the terminal (Hua Lamphong / Hualampong) [ on the map ], there is a metro (MTR) station next to it. The metro has an even better connection to the rest of the city and there are stations along which you can get on the BTS train. However, it is easy and inexpensive to get from elsewhere by taxi as well, and there are always dozens if not hundreds of taxis next to the train station.

In October 2015, Vietnam had four months ahead of me. My anticipation and excitement grew immeasurably, but of course one or two […]

The school system Officially, children in Nepal go to primary school for five years, followed by five years in secondary school. After […]

Education Raising children in Myanmar is very different from ours. Many parents do not scold their children at all. Instead, you rely […]

School in Kyrgyzstan In Kyrgyzstan, a country located in Asia according to localtimezone, children start school at the age of 7. They […]