Twelve grapes on New Year’s Eve, Tuesday the 13th, as a day of bad luck and gifts from the Three Kings. Far less known than flamenco and bullfighting, these three Spanish idiosyncrasies are an important part of Spanish culture. In addition, there are many other cultural specialties in Spain that you should know about if you want to study abroad in Spain.

The culture of Spain developed over millennia and was repeatedly subjected to various external influences. The ancient Romans, Visigoths and Moors left their mark on the country on the Iberian Peninsula. The legacy of the Romans is probably particularly sustainable. On the one hand, this becomes clear in the language: Spanish, or rather Castellano, is a Romance language that developed from Latin or the so-called Vulgar Latin. Second, the Romans brought Christianity to Spain. Even today, a large part of the Spanish population belongs to the Roman Catholic Church. Accordingly, Catholicism shapes social life in many places.

After the Romans, the Visigoths ruled large parts of the Iberian Peninsula for several centuries. Moorish and Arab troops conquered what we now know as Spain at the beginning of the 8th century. The Moors ruled there for several centuries. As part of the so-called Reconquista, Christian troops conquered the country back piece by piece by 1492. However, various Moorish and Arabic influences on Spanish culture have remained. They are most obviously visible in structures such as the Mosque of Cordoba or the Alhambra. Influences can still be found in the Spanish language, as well as in the national cuisine.

As a country that is a member of European Union defined by computerannals, Spain was not only shaped by foreign powers itself. As a colonial power, it also exerted cultural influence on various areas of the world.

After a long and eventful history, for which the Spanish civil war and the subsequent dictatorship of Franco were particularly influential in the 20th century, the country is now a parliamentary monarchy. Spanish king is Felipe VI.

Certain things are so inextricably linked with Spain that they function as symbols of Spanish culture. Flamenco is one of those things. This typically Spanish art form is particularly closely linked to the Andalusia region. There are three forms of flamenco: singing, instrumental music and, perhaps the most popular form, dance.

Another symbol of Spain is the bull. However, the Osborne bull, which is often perceived as such, was actually only the advertising logo of a spirits manufacturer, but has become more and more natural as a symbol of Spain. This is probably no coincidence, after all, it fits in perfectly with one of the most famous Spanish traditions: bullfighting. The spectacle that ends with the death of the bull is very controversial, but has so far only been banned in the Balearic Islands. A bullfighting ban in Catalonia has been lifted. For bullfighting advocates, bullfighting is an important part of the country’s cultural identity, while critics see it primarily as cruelty to animals.

There are various religious and secular holidays in Spain throughout the year. The Spanish national holiday, Dia de la Hispanidad, falls on October 12th. It is dedicated to the discovery of America by Christopher Columbus on that very date in 1492. Incidentally, the same event is celebrated in the USA as Columbus Day.

In Spain, of course, the high feasts of the Catholic church year are also celebrated. In this context, the country is famous for the so-called Semana Santa, the week before Easter. During this time, impressive processions with Christian statues, medieval robes and torches take place in many places. Such processions are particularly large in Andalusia.

Characteristics of the Spanish culture

The culture of Spain, like every culture, has special characteristics that make it different from, but also similar to, other cultures. Cultural peculiarities can exist, for example, in the way people interact with one another or in the relationship between individuals and society. Cultural differences between individual countries can be very large. This can even lead to a real culture shock for visitors. Spanish culture is closer to us than other cultures, but here and there it also differs significantly from German culture.

To prepare you for your studies abroad in Spain, we want to give you an overview of important characteristics of the culture of Spain.

Mañana, mañana ? The stereotype that everything takes longer in Spain than anywhere else persists. Right? Well, at least it can be said that the so-called contemporary cultures of Spain and Germany are different from each other. Spain is a polychronic culture. This means that it is common there to do several things at the same time. This is in contrast to German culture, which is known as monochronous. The motto here is usually: one at a time. That is why more value is placed on meeting deadlines and deadlines in Germany than in Spain, where, because you deal with several issues at the same time, you are more flexible with appointments circumvents or has to circumvent. Anyone who works with Spaniards, for example in group work at the university, should be aware of this difference and be prepared for it.

Especially in private life, punctuality is not as important in Spain as it is in Germany. Most Spaniards take a relaxed approach to their free time, so it is not uncommon to be late for appointments.

The entire daily rhythm is a little different in Spain than in Germany. Breakfast, lunch and dinner, for example, all take place later than in Germany. The shop opening and working hours are often correspondingly different. One reason for the postponed daily routine is that Spain originally belonged to the Western European time zone. In this it is one hour earlier than in the Central European time zone, in which Germany is also located. During the Franco dictatorship, Spain adapted the Central European time. However, the Spaniards retained the natural daily rhythm corresponding to sunrise and sunset, so that there could be shifts in the daily routine compared to Germany and other countries.

Another reason for the different daily routine is one of the most famous cultural features in Spain: the siesta, the long lunch break from around 2 p.m. to 5 p.m., during which offices and shops are often closed. This naturally extends the working day accordingly. The siesta dates back to a time without air conditioning: it was so hot at lunchtime that it was difficult to work and therefore paused for a long time. Today, however, the siesta is no longer common and there are increasing efforts to abolish it.

The political elections of April 18, 1948 were marked by the confrontation of the cold war. Funded by the USA, supported by […]

The rent for the room in the dormitory or a room in a shared apartment. The cost of meals and the cost […]

The third Reich, according to Hitler’s conception, must be a centralized national community, founded on the principles of authority and responsibility upwards, […] 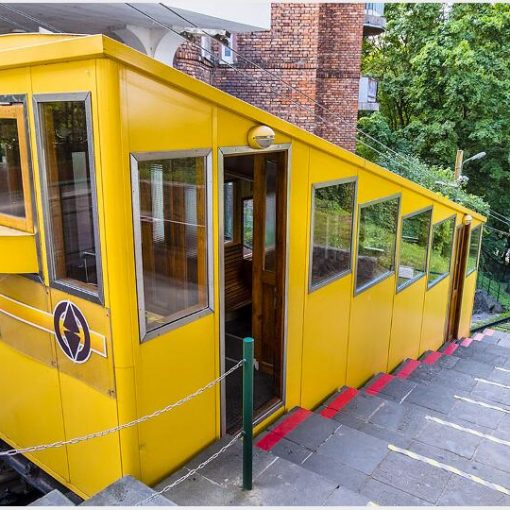