It was hidden from the mass of the people that these apparent successes in foreign policy buried the world’s confidence in Germany’s peaceful sentiments and in its ability to deliver on pacts, creating an atmosphere of fear, truly, at first, not justified by the real degree. of power of Germany, fear that in its time was to provoke the reaction of the peoples of the whole world, uniting them in resistance against the threat of aggression. In the spirit of Hitler the crazy idea was formed that no power would seriously dare oppose his plans. The “successes” in foreign policy encouraged him to stifle the internal opposition without regard and to proceed even against that spiritual force which until now had opposed the “insertion”

Relations with the Catholic Church had been regulated by Hitler with the concordat of 20 July 1933. But both the negotiations conducted in Rome by the plenipotentiary R. Buttmann, in October 1933 and April 1934, and those conducted by the bishops of Freiburg, Berlin and Osnabrück from June until November 1934 in Berlin, had led to an agreement on the controversial points regarding the execution of the concordat: that is, the further existence of Catholic societies, the preservation of confessional schools, the freedom of teaching of the Church and of the catholic press. The Nazi party continued unperturbed to propagate its anti-Christian ideology. The trials of priests for alleged crimes against the uniform laws 1935) and against morals (1936-37), which were widely disseminated in the press and on the radio, they were intended to bury the moral authority of the Church. Its field of action was increasingly restricted: for example, the compulsory teaching of religion in elementary schools was abolished. Against this suffocation of ecclesiastical life, conducted with great care, the pope stood up with the encyclical “Mit brennender Sorge” of March 14, 1937, preceded and followed by numerous pastoral letters and memorials from the German episcopate, of similar content. Many priests paid with the concentration camp their courageous action in defense of the principles of Christianity. Against the hostility to the Church of National Socialism, the bishop of Münster, CA Galen, protested in his famous sermons of 13 and 20 July 1941.

While the Catholic Church opposed, all in all successfully, the infiltration of National Socialism, the Protestant Church could not completely prevent the penetration of non-Christian ideas into it. The “Reichskirche” proclaimed at the beginning of the regime had received a new constitution on 11 July 1933, which provided for a bishop of the Reich and an ecclesiastical ministry of 4 members. After state recognition was denied to the election of the strictly Orthodox pastor Friedrich von Bodelschwingh, the National Socialist military parish priest Ludwig Müller was installed as bishop of the Reich. But several provincial churches, for example those of Hanover, Württemberg and Bavaria, declared that they did not want to have anything to do with him, and the “insertion” in Nazism the Protestant church went bankrupt. Two main groups were formed within it: the “Deutsche Christen”, who sided with a compromise with National Socialism, and the “Bekennende Kirche”, which in the Synod of Barmen on May 31, 1934. it. The “Bekenntnischristen”, energetically fighting for their convictions, led by the parish priest of Berlin-Dahlem, Martin Niemöller, suffered the same persecutions as Catholics.

In spite of all the persecutions, Christianity in this bitter struggle established itself as the only truly popular force alongside National Socialism. In all other fields, Hitler’s power internally at the end of 1937 was so firmly established and so well prepared, by rearmament, for conflicts with foreign countries, that he believed himself strong enough to make foreign policy in great style and to undertake, as a first step, the revision of the borders imposed on Germany by the Treaty of Versailles, to the south and south-east. Already on November 5, 1937, Hitler, in a conversation with the Foreign Minister K. v. Neurath and with the Wehrmacht chiefs of the three arms, developed his plans for the annexation of Austria, the Sudetenland and the eastern territories belonging to Germany until 1918. With the resignation of the foreign minister Neurath and the supreme commander of the army W. von Fritsch, on February 4, 1938, he got rid of the most important opponents of an aggressive foreign policy. The new foreign minister, J. v. Ribbentrop strengthened him in the illusion that England and France, ruled by the Popular Front, would not fight for the independence of Austria, for the integrity of Czechoslovakia and Poland.

According to aparentingblog, the events before and after the occupation of Austria, which occurred on March 12, 1938, seemed to prove him right. Even many opponents of the regime, who also repudiated the methods used in the implementation of the “Anschluss”, nevertheless considered that event as an acquired reality and the great Germany, thus created, as the conclusion of the German national unification.

Meanwhile, Konrad Henlein’s “Sudetendeutsche Partei”, instigated by Hitler, had demanded autonomy for the Germans of Czechoslovakia with the Karlsbad program of April 24, 1938. Various attempts at compromise failed (see Czechoslovakia, App. I, p. 391), Hitler, in the concluding speech of the party congress in Nuremberg on September 12, 1938, demanded the cession of the Sudetenland and remained uncompromising in the face of new mediation attempts by N. Chamberlain who visited him in Berchtesgaden on September 15 and on the 22nd. in Godesberg. The Godesberg meeting ended with the request for the evacuation of the Sudetenland territories by 1 October. The Munich agreement was reached (29 September 1938) by virtue of which Chamberlain, Daladier, Hitler and Mussolini reached an agreement on the basis of a program drafted by the secretary of state E. v. Weizsäcker, and sent to Mussolini through the Italian ambassador in Berlin B. Attolico, about the cession of the Sudetenland between 1 and 10 October, without Czechoslovakia being even consulted. 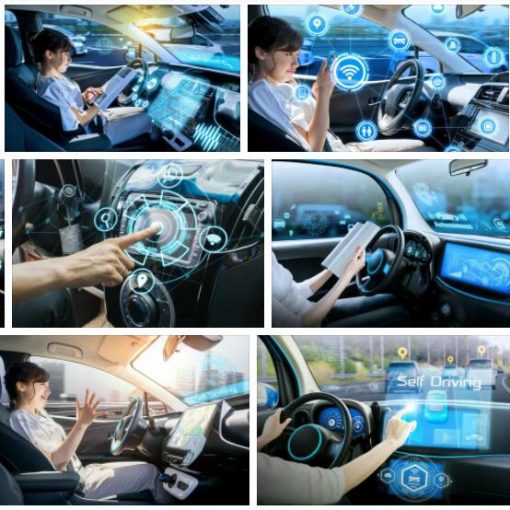 The Moro affair marks the beginning of the terrorist crisis, hit by more effective repressive action, but also the end of the […]