According to countryvv.com, the government program of the Left foresees: defense of the secular state and fight against clericalism; compulsory elementary education; administrative decentralization; reduction and redistribution of the tax burden in favor of the southern regions. When the Minghetti ministry falls on a question of secondary importance, the king entrusts A. Depretis, the main exponent of the Left, with the task of forming the new government, which takes office in March 1876. There is talk of a ‘parliamentary revolution’, but in reality the passage from Right to Left takes place under the banner of continuity. Having come to power, Depretis (in government of the country almost continuously from 1876 to 1887) significantly attenuates his reform program, making the men of the Right converge around him and isolating with their contribution the new left opposition, made up of republicans, radicals and the first socialists. The invitation addressed to his opponents to ‘transform’ by becoming progressives (1882) is widely accepted at the parliamentary level, giving rise to the phenomenon of transformism, a practice aimed at ensuring governments the largest parliamentary majority, bringing together groups belonging to different camps politicians. The reforms introduced in the Depretis era reflect the dual need to broaden the basis of social consensus and to satisfy demands for civil progress already established in the more advanced countries. Thus the Coppino law on compulsory schooling of at least two years for all children (1877) and the electoral reform (1882) were approved, which brings to around 2 million those entitled to vote. From 1878, protectionist legislation was introduced to favor both strategic sectors of the Northern industry and backward cereals in the South; in this way the pact of alliance between the northern bourgeoisie and the southern agrarians is strengthened.

In foreign policy, the Treaty of the Triple Alliance with Germany and Austria (1882) is stipulated, mainly in anti-French function. This signature, which takes place in a climate of growing admiration for the German model of state and economic-military development, is matched by the strengthening of the more conservative tendencies. Depretis inaugurates the Italian colonial policy, which however, unlike the English or French one, is not the expression of a rapidly expanding industrial and financial capital. The first expedition to Africa, sent in 1885 to occupy the coastal area between Massawa and the Bay of Assab, ends with the defeat of the Italian troops surprised and annihilated at Dogali in 1887 by overwhelming Ethiopian forces.

On 29 July 1887 Depretis died; F. Crispi succeeds him. A former revolutionary and democratic supporter of universal suffrage, who later converted to the monarchy, he is one of the leading exponents of the moderate left. Convinced nationalist, Crispi is committed to reviving colonial ambitions; with the signing of the Treaty of Uccialli (1889), the ruler of Ethiopia Menelik recognized the Italian conquests in Eritrea, which was officially proclaimed a colony in 1890. Crispi worked to strengthen the power of the executive, centralizing the offices in his person Prime Minister, Foreign Minister and Minister of the Interior. Under his presidency, a series of progressive laws are enacted (eligibility of mayors, abolition of the death penalty, freedom to strike),

The Crispi government falls in February 1891 when the Chamber does not accept some proposals for fiscal tightening. There follows a brief ministry chaired by A. di Rudinì which is succeeded by the Piedmontese statesman G. Giolitti (May 1892-November 1893), who expresses his intention to reduce the tax burden in favor of the less well-off; eases the pressure on the opposition, in particular on the socialists, by establishing a more liberal climate; but, at the same time, he did not hesitate to use the state apparatus and the prefects to secure a solid majority in the elections of 1892. Giolitti’s experiment was interrupted by two facts: the scandal of the Banca Romana and the crisis caused by the agitations of the Fasci Sicilians, a movement that expresses the protest of the peasants,

In December 1893 Crispi returned to power who, hailed by the bourgeoisie as the strong man required by the moment, immediately had a state of siege proclaimed in Sicily, where repression caused about a hundred deaths. An attempt at an anarchist insurrection in Lunigiana helps to fuel fears of a general conspiracy aimed at striking the state. In this climate, workers’ and socialist organizations are being repressed throughout the country. In 1895 there was a resumption of the expansionist offensive against Ethiopia. After the Italian forces are routed near Adua by the Ethiopians (1 March 1896), violent demonstrations against the colonial war break out and Crispi has to resign. He is succeeded by Rudinì (March 1896-June 1898), who tries to ease internal tensions,

The situation worsened in the spring of 1898, following a sharp rise in the price of wheat. A wave of unrest spreads across the country. Violent riots break out in Milan: the army confronts the crowd with artillery, causing numerous victims. Hundreds of arrests followed, including those of socialist leaders; the courts pronounce heavy sentences. Di Rudinì resigns and the king instructs General L. Pelloux to form the government (June 1898-June 1900). The latter’s attempt to re-establish a situation of normality was unsuccessful due to the pressure exerted by both the king and the court circles, determined to put an end to the parliamentary regime.

In February 1899, a bill was presented to the Chamber which intends to limit the freedom of the press, of association, of assembly and of strike. This reactionary turn creates an opposition front ranging from the socialists to the liberal left. The tug-of-war between the government and the opposition over the measures finally ends with the dissolution of the Chamber (May 1900). The political elections see a strong advance of the extreme left and the constitutional left. Pelloux resigns and G. Saracco is appointed in his place (June 1900-February 1901). Shortly after Umberto I (1878-1900), risen as a symbol of authoritarian impulses, falls at the hands of the anarchist G. Bresci. He is succeeded by his son Vittorio Emanuele III (1900-46), who takes note of the defeat of the reaction by appointing G.

Airplane: Swiss International Air Lines offers domestic flights between all major Swiss Airports, such as EuroAirport and Zurich and Geneva airports. In […] 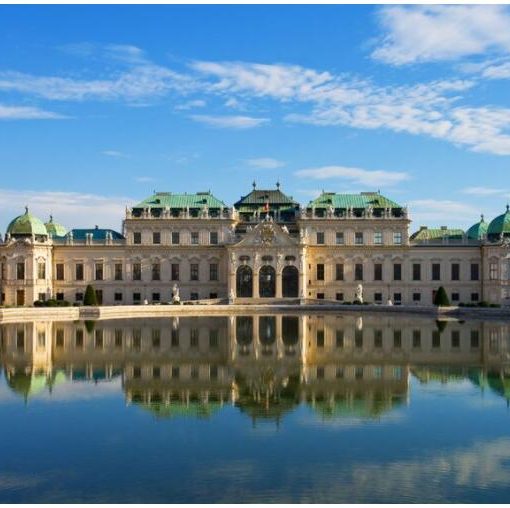 With a central location in Europe and as the capital of Austria, according to Abbreviation Finder, the city of Vienna has played […]

The conquest of Gaul had brought the Romans to the Rhine: but since this did not mark any clear limits of division […]