Probably the best known and most famous motifs of the western part of the USA are the huge rocks in Monument Valley. Surrounded by an empty, sandy desert, the isolated red mesa and remnant mountains have been filmed and photographed countless times for movies, brochures, and commercials.

Even at first glance, this panorama looks familiar. The bright and strong colors – as you already know them from the many pictures – actually correspond to reality. Monument Valley is not a ‘valley’ per se, but rather a vast, desert-like expanse of land punctuated by towering, giant boulders that tower hundreds of meters into the air. They are remnants of the layers of sandstone that once covered the entire region.

Sacred to the Navajo Nation, Monument Valley is located in the northern part of the great reservation in the Four Corners Area (the only point in the United States where four states – Utah, Colorado, Arizona and New Mexico – meet). Monument Valley has not changed in appearance for many millennia. Some of the most well-known formations are the “Mittens”, two eroded elevations with thumb-like towers. Other monoliths and towers have been given names such as ‘Castle Butte’, ‘Sitting Hen’ and ‘Three Sisters’, said to resemble three Catholic nuns in costume. The North Window site offers the most dramatic and photogenic panoramas. Before Monument Valley was discovered by Hollywood in the 1940s and before tourism became a lucrative business, the area was completely lonely and deserted. At John Ford’s Point, Najavo families often sell silver and turquoise jewelry.

Goulding
According to ask4beauty.com, the region lies entirely within the Navajo Indian Reservation on the Utah-Arizona border. Goulding was founded in 1923 as a trading post and has the main service facilities for travelers and visitors.
Behind the village, a paved side road leads north-west to Oljato Mesa, a place very rarely visited by tourists. From here there is a great panoramic view of the valley.

Goulding’s Lodge
The originally stone built, two storey trading post at Goulding’s Lodge is now a historical museum. It was founded by Harry Goulding, a state sheep inspector, and his wife Leone when they settled in Utah in 1923. In 1938, when Harry heard that director John Ford was planning to shoot a new western, he and his wife traveled to Hollywood to propose to the studio bosses that the next film be set in Monument Valley. His goal was to bring new jobs to the impoverished region. The project was successful and the region became the main location for Ford’s films. The building itself was later inhabited by John Wayne in the western She Wore a Yellow Ribbon (1949). Today, tours with Navajo guides are offered from Goulding’s Lodge.

Location and size
Monument Valley is a plain on the Colorado Plateau on the southern border of the US state of Utah and Arizona. Located in the Four Corners region on the Arizona-Utah border, it lies west of the Colorado and New Mexico state lines at nearly 6,000 feet (1,900 m) above sea level.

The territory of the Navajo Nation covers almost 69,000 km² and thus the entire north-eastern quarter of the state of Arizona as well as parts of New Mexico and Utah. Vast areas of untouched wilderness, majestic canyons, mountain meadows, arid deserts, flatlands and blue skies characterize the land of the Navajo people. Monument Valley covers a small portion of the Navajo Reservation.

By car, motorcycle or bus:
There is only one road through Monument Valley: US 163, which connects Kayenta, Arizona and US 191 in Utah.
Coming from the north, the Utah-Arizona border offers the best views of the valley and also of the entire Southwest. The long, endless road leads straight to the 300m high red cliffs that surround the road.
The road continues through the mesas to Monument Pass, from where some gravel roads cross the red sandy landscape to the east and west, giving an even more intense impression of the stone formations. These trails lead to the Navajo Reservations, which is why one should maintain a certain degree of discretion (take care when taking photos, be quiet, …).
The area is also good for hiking, although there are no official hiking trails.
One possible route is around the group formation on the southeast side of Monument Pass. The trail is almost 6 km long and crosses some smaller bodies of water, cliffs and mesas.

Admission Prices
USD 20 per vehicle for up to four occupants, each additional person USD 6, children under 6 years are free. USD 10 for hikers, bikers or motorcyclists.

Cottonwood Campground
Campsites are allocated on a first come, first serve basis. No possibility to empty the waste water tanks. There is a public toilet at the View Restaurant & Gift Shop. cottonwoodrvpark

Climate and Weather
The best time to visit is in spring or autumn when temperatures are moderate. Summer is scorching hot. In winter the park is mostly deserted.

Navajo Tribal Park
Although much can be admired from the main road, much of the scenery is hidden behind long, straight bluffs (the Mitchell and Wetherill Mesas) east of the road, on the Arizona side. This is part of Monument Valley Navajo Tribal Park, which is accessed via a short side road directly across from the Goulding turnoff. The Visitor Center at Lookout Point offers stunning views across the valley with the three most photographed rocks, the East and West Mitten Buttes, and Merrick Butte.

Valley Drive
The view from the lookout at Lookout Point is absolutely spectacular. However, most of the Navajo Tribal Park can only be discovered from Valley Drive . The 27 km long gravel road starts at the visitor center and heads southeast towards the towering cliffs and mesas. There are eleven viewpoints along the way, offering the best views of John Ford’s Point, Artist’s Point, North Window and Three Sisters. One of the most well-known stops is Totem Pole , the often-photographed spire is a 137-meter-tall rock just a few meters wide.

The road is dusty, sometimes steep and quite uneven. You don’t necessarily need a four-wheel drive car – except after heavy rains. The gravel road can also be driven on with normal cars, as well as with small mobile homes (note the rental regulations of the car rental companies, whether this is also allowed!). The best way to do this is to take a tour with one of the Navajo guides available to book at the visitor center. In any case, the experience is worth it! A typical tour lasts at least 2 hours. Tourists are not allowed to hike or walk off-road.

There is a lot to see along Valley Drive, although many views are of the same formations just viewed from different angles. Some of the narrower ‘buttes’ look very different from one side than the other. This portion of Monument Valley is one of the most impressive large-scale landscapes in the entire American Southwest. Most notable are the high peaks and thin rock formations that contrast beautifully with the orange sand all around. Most of the park is empty desert, with dry and sandy slopes leading to Navajo settlements.

Away from Valley Drive, a visit is only possible with a guided tour. In these remote areas one can see eroded rocks, ancient caves and cliff dwellings, natural arches and petroglyphs (rock carvings from prehistoric times). Another reason to hire a Navajo guide, by the way.

Hiking
The only hiking trail that may be hiked without a guide is the 3-mile Wildcat Trail, which begins south of the Visitor Center and loops around West Mitten Butte.
All other routes or tours off Valley Drive must be accompanied by a Navajo guide. The cost is approximately USD 50 per hour. Another alternative is to book a group tour, which usually costs between USD 50 to USD 150 per person for tours lasting up to one day. Commonly visited locations include Mitchell Mesa, Hunts Mesa, Teardrop Arch, Douglas Mesa, and Mystery Valley. Many companies offer such tours. There are also jeep safaris and horseback riding excursions. Some tours include one or more nights in a tent. 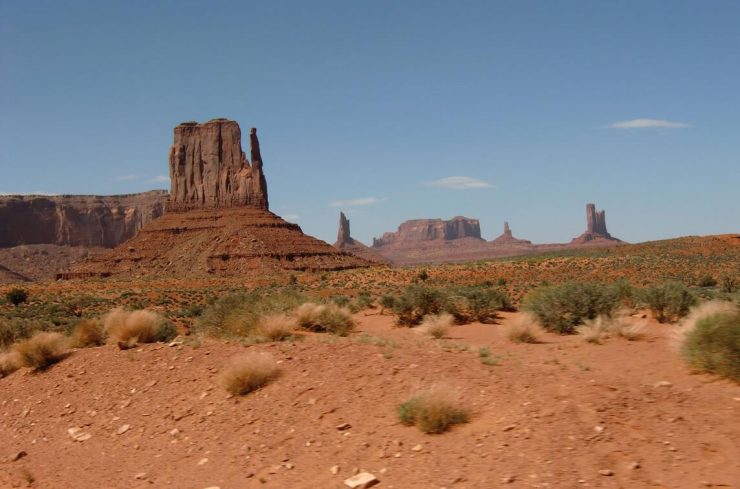 Project Living abroad for a longer period of time – that has always been a dream of mine: I was able to […] 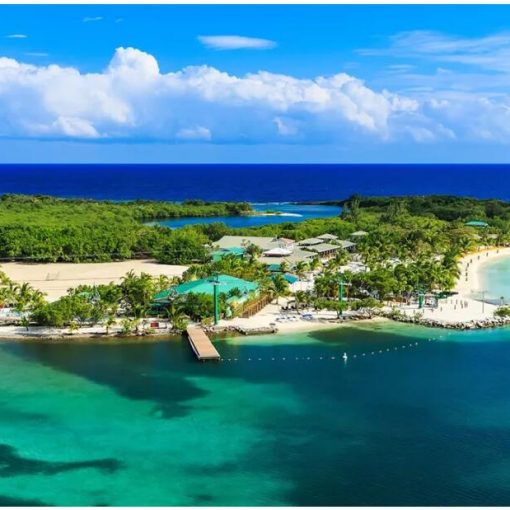 Abbreviated as IN by ABBREVIATIONFINDER, Indiana is a state located in the central plains of the United States; limited to the north with […]