In 2014 45 out of 100 Nepalese could not read or write. However, 95 out of 100 children started school in 2014. However, more boys than girls go to school and many children do not finish school but leave it early. Unfortunately, there are also not enough well-trained teachers who can guarantee good teaching. Those who have more money would rather send their children to a private school. But this costs something and therefore the poorer people cannot send their children there, although they would receive a better education there.

You can also go to university in Nepal, but many wealthy Nepalese send their children to universities abroad. They often go to India or America or England.

Marked by the military

The school in Nepal has a military character: children have to march and are beaten with a stick if they don’t follow the teacher’s instructions.

There are 12.7 million children in Nepal who are not yet eight years old. The number of children growing up without parents is increasing in Nepal. 50 out of 100 children weigh too little to be strong enough against diseases. Most child deaths would be preventable if they were given enough food. Nepal is one of the countries that still has major problems with feeding its people and children are usually hit hardest. Many children suffer from stunted growth and are far too small for their age. Since food prices are rising and there are often natural disasters in the country such as droughts, landslides or floods, the poorest are particularly affected.

Situation of girls and women

Girls are considered less worthy than boys in Nepal. There are now more girls going to school than before, but this does not mean that they will complete their training. Many leave school early to support their families.

Or they are married off very young. This means that they are not a problem for parents and you don’t have to worry that they will move too far away. Often the parents arrange the wedding and look for a suitable partner for the daughter. The young girls have children very early. This means that the way to a better future is mostly blocked because they will hardly ever go to school. Now it’s work, work, work – and that is work that is usually poorly paid or not paid at all.

What about the boys?

Incidentally, young men must also submit to the will of their parents and, if they so wish, marry young. If the husband is younger, the bride’s family will pay less dowry. Nevertheless, the number of girls who are very young married is higher than that of boys. Many boys no longer go to school from the age of 13, but have to work.

Officially, there has been no child marriage in Nepal since 1963. But according to studies by UNICEF, four out of ten girls under the age of 18 are still married in “modern Nepal”. Although Nepal has been a democracy since 2006, the old customs have been preserved. The consequences of these traditions traumatize affected children throughout their lives.

You are far too young to be married. Girls usually move in with their husbands very quickly after the wedding. Tears at wedding celebrations are not uncommon – but at children’s weddings you usually don’t cry for joy. Boys who have to marry early also suffer greatly from the compulsion and have little chance of defying their parents. Much remains to be done in Nepal to do away with this terrible tradition.

Medical care is poor in Nepal. There are too few doctors and too few drugs. There is no such thing as health insurance either. Often the power goes out several times a day. There are many houses without a fireplace, so the smoke from the stove spreads inside. Cooking takes place in the middle of the room. The stove is fired with wood. This wood is often delivered from far away. There are sometimes petrol stoves in town. But neither is very healthy for the people who cook like this.

The problem with hygiene

In many cases there is a lack of cleanliness and then people get sick. Locals mostly eat by hand. The garbage is thrown on the street and the holy cows can be found in the middle.

Most of the people have a small farm and live from the low yields. Whoever has two cattle is considered rich. The products made in the country are then offered in the cities in markets. But there are no refrigerators. Animals are therefore often sold alive. Then their “shelf life” is longer.

The rubbish problem in cities is huge. The poverty of the people often leads them to send their children to the city to look for a job and thereby support the families. Some children end up in the trash and try to collect what may still be sold. These children are called “garbage children”.

The poverty of the children is partly caused by the fact that they may belong to an ethnic group that is not respected by society. And then there is the caste system in Nepal, which promotes inequality and injustice. So it is actually impossible for a child who ends up on the street to ever lead a better life. Street children have no chance of going to school. You need them all day to scrape together some money on food.

A particularly large number of children have to work in Nepal, a country located in Asia according to countryvv. They support their parents in the household and take care of their younger siblings and then don’t go to school. Although school attendance is required by law, more than a third of all Nepalese children between the ages of five and 14 have to work. Most come from poor families who often live in the remote regions of the high mountains. In Nepal there was a long war between the government and rebels. Much was destroyed by this war and numerous schools were destroyed. 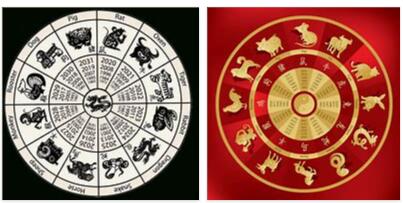 On the way from Petra to Aqaba, you can visit the Wadi Rum desert to enjoy unique landscapes that are not like […]

The constitutional reform of 1977 changed the name of the state to the People’s Socialist Libyan Arab Republic (Ǧamāhīriyya), investing the General […]