Last year in spring we decided to stay abroad in Vietnam for the winter semester 2015/2016 (the perfect time to escape the German “winter” and enjoy the great climate of Southeast Asia). The contact with RMIT Ho Chi Minh City worked wonderfully through answerresume.

When I arrived in Ho Chi Minh City, I was of course quite astonished at first. It’s a huge city, noisy, hectic and completely different from anything I’ve seen before.

For such a huge city it was still relatively easy to find an apartment. So after about a week in the hostel I moved into a shared flat with two French women, a Dutchman and my roommate from Germany near the university. The apartment was in a sprawling complex with a pool and had a great view over the city, for a total of 300 USD per room, a great place to enjoy the semester abroad to the fullest.

After slowly settling in, at least once through the crazy traffic of Saigon with the rented scooter and with the new people who made the Bui Vien (Backpacker Street, stocked with bars, restaurants and clubs) unsafe, began also the orientation days and the lecture time at RMIT.

The campus and equipment of the RMIT Vietnam are pretty much the most modern that I have seen at a university so far. The campus is equipped with various restaurants that offer good food at reasonable prices, from Vietnamese to Western cuisine (subway). Furthermore, the parking situation is very well resolved and everything on campus always seems to be well looked after thanks to the almost infinite cleaning staff. When it comes to leisure, the RMIT also offers the full program with various clubs and associations such as the tennis club, football club and MMA club, but also less agitated offers such as the chess club or yoga. To practice these hobbies, there are several tennis courts, soccer fields and a well-equipped sports hall with a fitness studio on campus. You can also borrow all utensils mostly free of charge or join one of the numerous clubs and come to training regularly.

The buildings themselves are all equipped with modern devices and offer various software options in the computer pools. The organization and exchange between students and between students and lecturers works extremely well thanks to the technology used by Google. My and probably a few other universities in Germany could take a look at it for themselves.

The lecturers themselves were from all parts of the world and sometimes offered varied lectures, but in the end they are only lectures, so you shouldn’t assume that just because you are abroad you suddenly have a significantly increased interest for the university.

In the courses themselves, in contrast to my home university, a lot of value is placed on group work. In almost every course we had to write at least one scientific paper either alone or in a group. This is a lot more work during the semester, but you can work out a good starting position for the exams at the end and learn what it’s like to work with people from a completely different culture in a group (which was definitely not always easy).

However, it must also be said that the tuition fees for the RMIT were a bit too high for a country like Vietnam, which ultimately drives up the price of the trip again.

Ho Chi Minh City itself is a seemingly endless city, which in many parts can be very dirty, loud and hectic. It’s best to rent a scooter on site, because walking is actually the worst alternative here. Since most of the exchange students lived in the same area, mostly even in the same building, people often met in other people’s apartments and celebrated there before going to the Bui Vien or one of the clubs, for example. For such a huge city, however, the nightlife is still clearly limited. My recommendation: No matter how bad you sing, you should definitely go to karaoke in a large group, because anyone who has not done karaoke in Asia has never really experienced Asia!

A big advantage of Vietnam and especially Ho Chi Minh City is the location. The city is ideal as a fulcrum from which to visit other cities in Vietnam or other countries. The most popular travel destinations such as Bangkok for a weekend shopping or a visit to the temples of Angkor Wat in Cambodia can be reached quickly and cheaply thanks to buses and airplanes. My absolute highlight of the semester abroad was the trip by moped from Ho Chi Minh City to Hanoi, once across a breathtakingly beautiful and diverse country that has so much to offer.

Vietnam was and probably always will be one of my greatest adventures. And even if everything wasn’t always good (take care of your cell phone), I am already longing to go back and I will definitely miss the time there.

Why I decided to spend a semester abroad in China is easy to explain. I study Textile and Clothing Management in Mönchengladbach […]

According to estatelearning, Afghanistan, officially the Islamic Republic of Afghanistan, is a landlocked state that is roughly in the center of Asia. […] 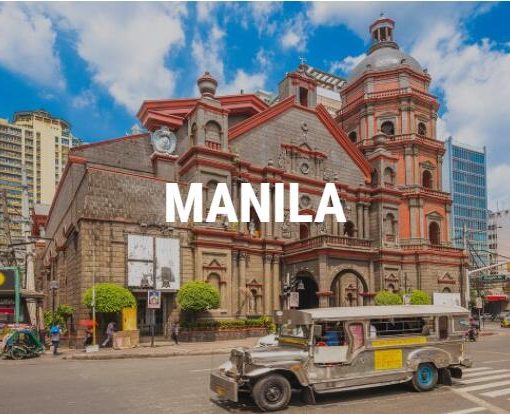