LITERATURE. FROM THE ORIGINS TO THE END OF THE SECOND WORLD WAR

According to thefreegeography, there is an abundant and ancient oral literature in various languages, the work of professional griots, a true caste of itinerant minstrels, transmitters of cultural heritage and of the national historical past, through lyric epics, chronologies and genealogies, sapiential works. We point out the religious poetry of the Islamized Wolof, which follows the rhythms and the Arabic poetic styles, the initiatory songs and the serer tales. The Fulfulde language has an ancient literature written in Arabic characters and counts among its authors the leader ʽOsmān dan Fōdio (1752-1820), who wrote war songs (also in Haussa language) and a treatise on Islam (in Arabic). Ancient manuscripts preserve all literary genres from poetry to history, biography and fictional stories. Subsequently, literature appeared written in African languages ​​by Westernized authors, such as the novelist Sembène Ousmane (1923-2007) and the poets CA Ndao, M. Kâ, XM Kala, Gueye M’Baye Rab, who adhered more explicitly to their African identity. The colonization and cultural assimilation policy carried out by France made themselves felt in the literary field first with ethnological works, written by mestizos such as Moussa (1815-1860), Diouf (1850-1929) and above all Abbot Boilat (1814- 1901) author of a monumental work of ethnography: Les esquisses sénégalaises (1853; Senegalese sketches), followed by Pierre Holla’s Sénégalie française (1855). Between the end of the century In the nineteenth and early twentieth centuries a literature of assimilates flourished which, for didactic purposes, presented the Senegalese reality in the perspective most pleasing to the colonizer, in folkloric, historical or autobiographical stories (published in magazines of the time, such as the éducation Africaine, founded in 1913), in which an easy exoticism was accompanied by an admiration for white and the exaltation of its civilizing work. The first authors who saw Africa with African eyes were the narrators Ousmane Socé Diop (1911-1973) and Abdoullaye Sadji (1910-1961), who dealt with the psychological conflicts resulting from the grafting of Western civilization into the

LITERATURE. FROM THE BIRTH OF THE NÉGRITUDE MOVEMENT TO TODAY

But the real cultural revolution took place after the Second World War, when the Senegalese students in France, who came into contact with both African Americans and Caribbean people and under the influence of Marxist doctrines and surrealist aesthetics, brought about a racial awareness and national team, channeled into the Négritude movement, created in 1939 in Paris by Léopold Sédar Senghor, A. Césaire and L. Damas. Senghor (1906-2001) was undoubtedly the foremost African French-speaking poet and essayist. Poet difficult to imitate, he had few disciples: Lamine Diakhaté (1922-1987) and Lamine Niang. More original David Diop (1927-1960) singer of the racial and anti-colonial claim. Other good poets: Oumar Ba, Annette Mbaye d’Erneville (b.1926), Assane Diallo, Malick Fall, SAC Ndao, I. Alfa Sow, MA Wade. Realistic-style fictional literature counts two excellent authors: Cheikh Hamidou Kane (b. 1928) and the aforementioned Ousmane Sembène. They still remember: Cheikh Dia, Massila Diop, Malick Fall, MGM Faye. In the field of the traditional story, Birago Diop (1906-1989) stands out, well known at home and abroad also as a poet. Nonfiction, represented in the early twentieth century by Bataille de Guilé (1913) by Ahmadou Dugné Clédor and, in the thirties, from the ethnological works of Mapaté Ahmadou Diagne, had its golden age in the fifties, with the essays on linguistics, aesthetics and socio-politics by LS Senghor and the works of genius thinkers such as Cheikh Anta Diop (1926-1986), historian of African culture, original economists such as Mamadou Dia (1910-2009), politicians Lamine Gueye (1891-1968) and Gabriel d’Arboussier (1908-1976), of the sociologist Abdoulaye Ly (b.1919), by the critic Bakary Traoré (b.1928). After independence, the spirit of research remained alive, thanks to a host of serious and prepared essayists, such as A. Wade, J.-P. N’Diaye, AM N’Diaye, Majhemout Diop, D. Thiam, Pathé Diagne (b.1934), Assane Seck and Tidiane Sy. In the 1970s, literature denounced a sense of profound frustration and became increasingly critical of the socio-political situation. The novelists Mariama Bâ (1929-1981) and Aminata Sow Fall assert themselves, dealing above all with the conflict between tradition and modernism and underlining the fracture between intellectuals and the masses. In the following decade, the literary production outlines an evolution. LS Senghor, who became an Academician of France, is still the greatest writer of the Négritude. Poets include C. Carrère, AL Coly, MT Diop, DJ Faye, IH Ibrahima, B. Khane, MG Kébé, L. Savane and K. Fall. The narrative is rich and interesting, which sees new genres such as the detective and horror novel appear, and describes, realistically, everyday life. Writers are mostly politically engaged, such as the Marxist Ousmane Sembene, one of Africa’s leading novelists and filmmakers, and violently or satirically express the bitterness and anguish aroused by the dashed hopes of post-independence African regimes. A women’s literature is also developed that describes the condition of the African woman and struggles to improve it. Worth mentioning: Marie N’Diaye, Mame Seck Mbache and Nafissatou Diallo. Hamidou Kane’s novel is particularly interesting L’Aventure ambiguë, written in 1952, published only in 1961 and appeared in Italy in 2003, where the contrasts between a Muslim Africa and a Cartesian Europe are described. Other Senegalese authors also known in our country are Aminata Sow-Fall (b. 1941) and Fatou Diome (b. 1968).

Changed travel regulations during and after the corona pandemic For entry from Germany, a negative PCR test is required, which must not […] 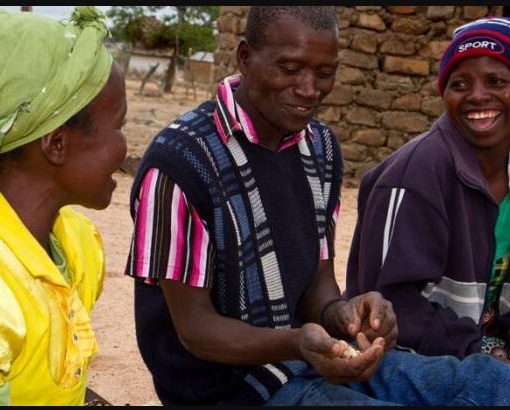 Later Italy, which had bought Assab (‛Asab) since 1869, expanded its possessions on the Red Sea coast driven both by the political […]