I made the decision to do a semester abroad in November 2011. While researching the Internet, I came across MicroEDU.

UCSB is right on the Pacific Ocean and the campus is beautiful. It wasn’t difficult for me to choose this university. After I took the TOEFL (Test of English as a Foreign Language) in January as a language certificate, which is required for the application, and sent all the necessary documents to MicroEDU, the UCSB received the confirmation in the mail a few weeks later.

In order to get some financial relief, I applied for a DAAD scholarship and was accepted! The scholarship paid for my flight and monthly pocket money. It is definitely worth applying. After I was accepted by the university, I was able to take care of my visa. To do this, you have to appear in person at one of the three US embassies in Germany. I went to Frankfurt because of its proximity. The appointment then basically runs in such a way that you have to wait a lot and be called twice briefly at a counter and speak a few sentences with the officers. The passport with the visa stuck on it will then be sent to you. After booking the flight and finding accommodation for the first few days, we were ready to go.

I spent the first five nights in a hostel in Santa Barbara and went looking for an apartment from there. You should plan around this time for this too. In the hostel I met other Germans and Swiss people directly, so we could help each other. The UCSB is not directly in Santa Barbara, but about 10 miles outside. The best place to live is Isla Vista, which is right next to the university, because this is where real college life takes place. The search for an apartment was relatively exhausting, but on the fourth day I found an apartment with which I was very satisfied. It is normal not to have a bedroom of your own, but to share one for two because otherwise the rent would be too high. A shared room costs around $ 600 a month in rent. Our house was 500m from the beach and 500m from the university! Because many Germans study in Santa Barbara, some have moved into purely German shared apartments. But I would not recommend that, because you can learn a lot if you live with people from other cultures and German is not the only language spoken in the apartment.

You should get an American SIM card right at the beginning. I was lucky to be able to use my smartphone with the new card and not have to buy a new phone. Next you should get a bike, because you can’t walk to the university and from course to course every day, as the campus is really huge. Alternatively, a skateboard is also possible, as my roommates did.

The level of the courses at UCSB is generally not as demanding as courses at German universities, but you have to work continuously for this. For example, in a course I had three graded homework and one homework to hand in. There are always two exams, one during the semester (midterm) and one at the end (final). The finals all take place in the last week of the semester, which is why it is stressful again, but because you have already learned a lot for the midterms, it is still easy to do. The university also has its own sports facility with tennis and soccer fields, two fitness studios, swimming pools, a climbing wall, a whirlpool and much more. The membership fee is $ 60 per semester, so be sure to register.

In the first two weeks of the lecture period, as an international student, you have to “crash” the courses you want to attend, that is, you have to go and ask the professor for a signature at the end of the lecture. But even if you have received a signature, that is still no guarantee that you will be able to take the course. In the Economics Department in particular, they were very strict about admission to the courses. In the end, however, most of them got their desired courses.

Most associate Southern California with sun, beach and hot weather, but you should also pack thicker clothing, because when the sun is gone it can get pretty cold quickly. Especially in December it could get very cold. And because the apartments are usually poorly insulated and have no proper heating, you could sometimes even see your own breath inside because of the cold.
The people of California are just super friendly and helpful. Consideration is always given if something has not been understood or if you need help. People are also much more open, speak to you on the street and start a conversation. In Germany, I think, people are much more reserved and closed.
After the semester there was still time for a tour of California and Nevada. Due to its central location, Santa Barbara is a perfect starting point for such trips.

My semester in the USA was a complete success. I would do it again anytime, because you learn so many things, including about yourself and your own culture. I would recommend everyone to study at least one semester abroad and I can only warmly recommend UCSB. 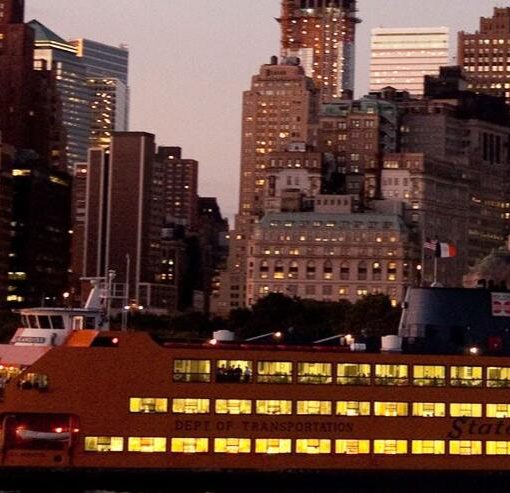 Although Staten Island is easier to access by car, it’s worth taking the free ferry crossing. The 25-minute crossing not only guarantees […]

Abbreviated as CA by ABBREVIATIONFINDER, California is a federal state of the United States located on the southwest coast of the country. […]